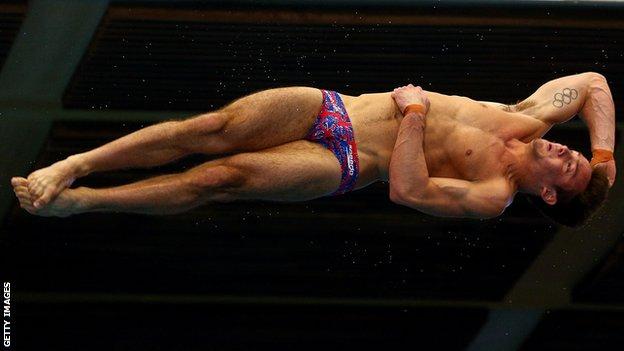 The 18-year-old Briton, competing in his second major event since winning Olympic bronze at London 2012, scored 542.15 points to beat a four-man field.

"I'm chuffed to have scored 540 points because that's a big score for where I am at this stage of the year," he said.

Fellow Brit Tonia Couch, 23, finished fourth for the second time this weekend in the women's platform.

Couch also missed out on the podium in Friday's platform synchro event.

Daley, who earlier in the week admitted he had struggled with motivation after the Olympics, qualified in first place for the final but had to overcome a couple of sluggish dives in his first two rounds and needed a near-perfect final dive to win.

Russia's Victor Minibaev, who was fourth at the Olympics, finished second, 4.55 points behind Daley.