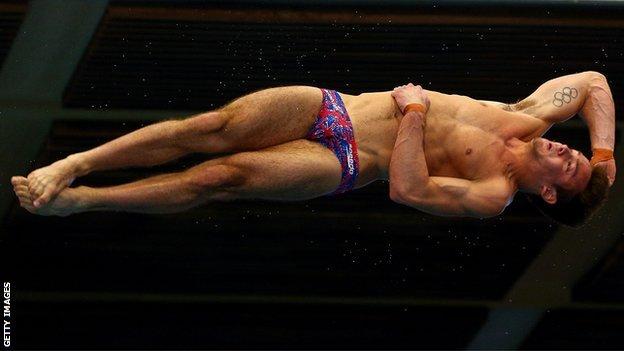 Olympic bronze medallist Tom Daley has been selected for the World Championships in Barcelona next month, after recovering from a triceps injury.

Daley, 19, missed the European Championships and much of the World Cup series after suffering the injury during training in April.

He will compete in the 10m individual platform competition.

There is no place though for Daley's previous 10m synchronised diving partner Peter Waterfield.

The 32-year-old has taken some time away from the sport because of a combination of injury and appearing in ITV's Britain's Got Talent programme.

"I really enjoy the level of competition at a World Championships and it'll be great to get back on the boards again," said Daley, who won a bronze medal at the London Olympics.

"The sport of diving is very much down to how you perform on the day. Anything can happen when you step on to those boards. It's been a tough couple of months, but I'll keep working hard towards being as good as I possibly can be."

European silver medallists Tonia Couch and Sarah Barrow will compete in both the individual and synchronised 10m platform events at the championships, which get underway on 20 July.