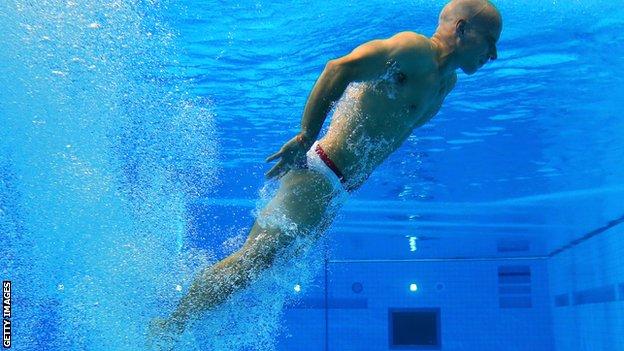 Great Britain diver Peter Waterfield believes he is potentially one injury away from retirement.

The 32-year-old recently missed out on a place in the GB team for the upcoming World Championships in Barcelona.

Waterfield just missed out on a medal in the 10m synchronised platform event with Tom Daley at the London Olympics.

"It could end at any point now, I'm at the back end of my career so my body is a bit more prone to injury, so we'll see," Waterfield told BBC Radio Solent.

"I've got an ongoing injury with my shoulder which will need surgery eventually.

"It seems to flair up a bit more each year but I'm managing it and hopefully I'll be fine."

Waterfield had his funding cut earlier this year but was reprieved with a six-month contract from British Swimming in April.

He won Olympic silver at Athens in 2004 and Commonwealth gold in Manchester 2002.