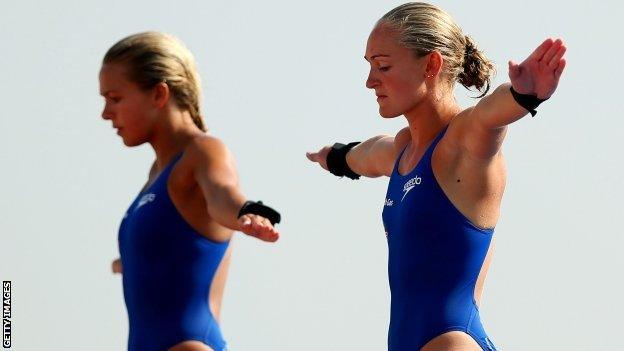 Britain's Tonia Couch and Sarah Barrow finished fifth in the 10m synchro platform at the World Championships in Barcelona.

The duo were in bronze medal position with two rounds to go but a mistake in their penultimate dive cost them.

"It is frustrating because we are just as good as the medallists - one day we will put it together hopefully," said 24-year-old Couch.