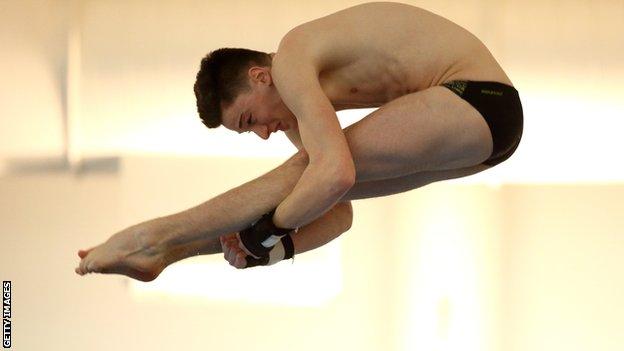 Lee, 16, and Goodfellow, 17, were competing at their first senior international competition as a pair in the men's 10m synchro on Friday.

British divers Sarah Barrow and Tonia Couch, back after injury, were fourth in the women's 10m synchro.