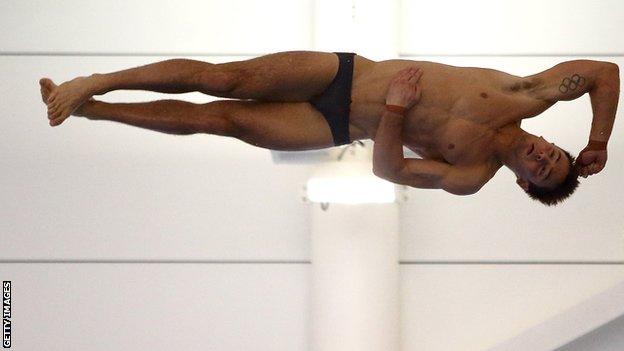 Britain's Tom Daley and Tonia Couch both won bronze on the final day of the INA/NVC Diving World Series in Beijing.

The next leg of the world series will take place in Dubai between 20-22 March, before the competition comes to England in April, when Daley will return to the London Aquatics Centre where he won Olympic bronze in 2012.

The 19-year-old will also compete at this summer's Commonweatlh Games, alongside Couch and Barrow.