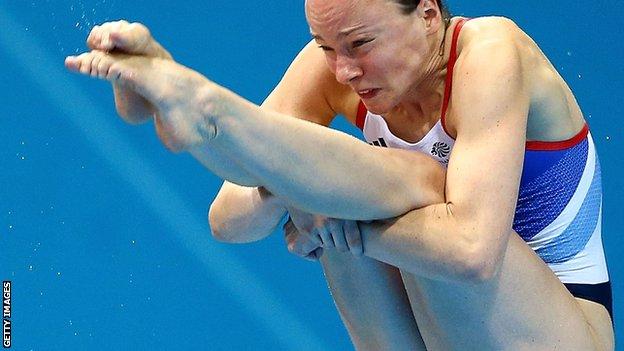 Rebecca Gallantree narrowly missed out on a rare individual medal in the three-metre springboard at the Fina Diving World Series in Dubai.

The Leeds diver, 29, is better known for the synchro event having built a successful partnership with teenager Alicia Blagg in the past 18 months.

Gallantree tweeted: "Fourth place and a PB on the three metre today. So happy!"

Fellow Yorkshire competitor Jack Laugher slipped out of the medal positions in the men's springboard after he missed his penultimate forward, four-and-a-half somersaults' dive.

Tom Daley will revive his Olympic final rivalry with David Boudia and Qiu Bo in the men's 10-metre platform on Saturday. Daley won bronze in London behind American Boudia and China's Qiu.

The FINA/NVC World Series is an annual, invitation-only event where the world's diving elite go head-to-head six times in the space of three months.