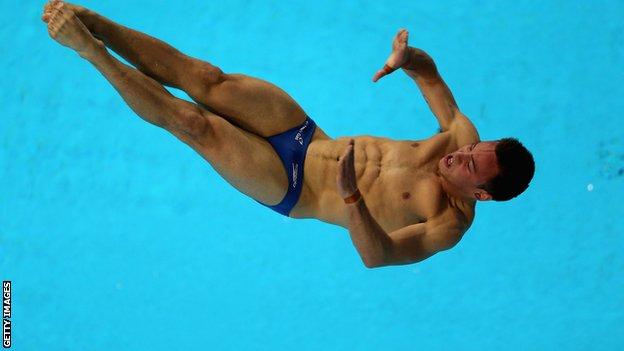 Tom Daley missed out on a medal as he finished fourth in the men's 10m platform at the Fina Diving World Series in Dubai.

Russia's Victor Minibaev took gold with a score of 537.05 ahead of China's Qui Bo and Olympic champion David Boudia of the USA in third.

Daley was 7.25 points behind Boudia after missing his second dive.

The 19-year-old was too far adrift of the podium despite scores of 9.5 and 9 in the final two of his six dives.

The Fina World Series moves to the London Aquatic Centre next month.