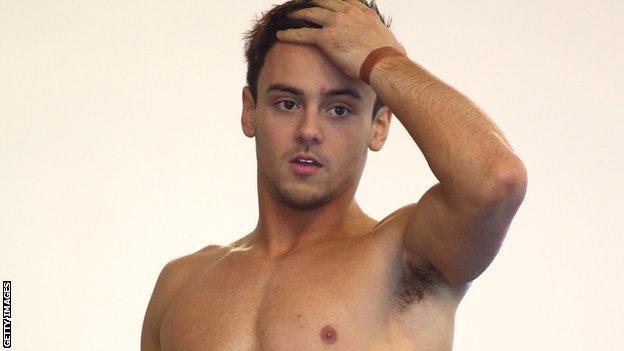 Tom Daley is unlikely to defend his Commonwealth 10m synchronised diving title in Glasgow this summer after struggling to find a new partner.

Daley, 19, won gold at Delhi 2010 with Max Brick and finished fourth with Peter Waterfield at the 2012 Olympics, but both divers have since retired.

Dan Goodfellow, 17, had been muted as a potential partner, but has now formed a promising pairing with Matty Lee, 16.

"It's tough to find someone who does the same hard dives I do," said Daley.

He will compete in only the individual 10m event at the World Series Diving competition in the London Aquatics Centre this weekend.

Daley relocated to the venue from his home city of Plymouth earlier this year and teamed up with new coach Jane Figueiredo, who says she has been amazed by the diver's work-ethic.

"Leading into [Rio] 2016, Jane lives by the impression that there's no point wasting energy on something that isn't going to get an Olympic medal," Daley told BBC Sport.

"So if it's going to be fighting for sixth or seventh place [in synchro diving], I'd rather not focus on that and (instead) try to get a gold medal individually."

While Daley retains some hope that a partner could still be found in the next six weeks - before the final qualification event - coach Figueiredo is doubtful.

"Our focus is strictly individual all the way to the World Cup (in the middle of July in China) because there are medals that we need to try and achieve," she told BBC Sport.

"We are already getting into the mid-year and we haven't really practiced with anybody so now would not be a good time to interject that [syncho]."

The 2014 British Championships from 6-8 June in Sheffield are the final opportunity for English divers to secure Commonwealth Games qualification.

The Glasgow Commonwealths will take place 23 July-3 August, with the diving events due to be contested in Edinburgh.