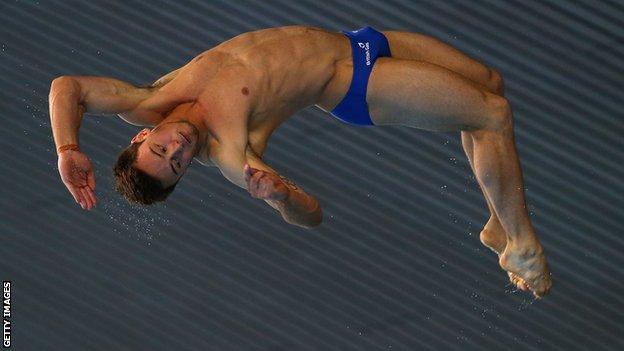 Tom Daley won silver for Great Britain in the men's 10m platform at the World Series event in Mexico.

"Silver! And a new personal best score! So happy all my hard work is paying off! Massive thanks to my coach Jane," Daley wrote on Twitter.

Britain's Jack Laugher won bronze in the men's 3m springboard on Saturday, after clinching silver alongside Chris Mears in the 3m springboard synchronised the previous day.

The event, in Monterrey, was the final leg of this year's World Series.