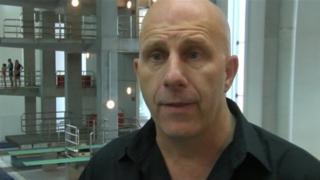 Timing not right to leave - Banks

Andy Banks, the coach who led Tom Daley to a world title and Olympic bronze medal, says the "timing isn't right" after being offered the chance to leave the UK and coach in Canada.

Banks, who was a judge on the television show Splash!, had been offered the chance to lead the Canadian diving programme and was in Toronto for talks last week.

His current deal with the Plymouth Life Centre, the pool where he is based, runs out next year.

But the centre, along with Plymouth City Council, Plymouth College and the College of St Mark and St John, has put together a new funding package.