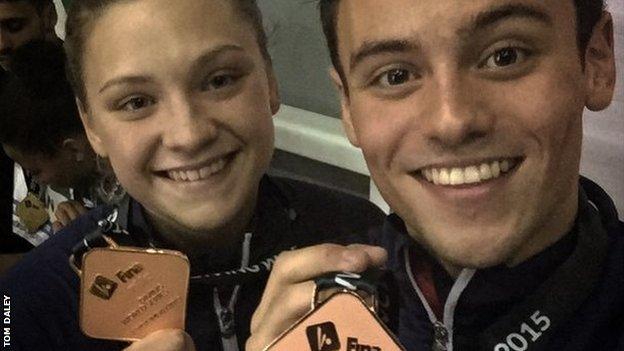 Alicia Blagg and Tom Daley took bronze in the mixed three-metre synchro at the Diving World Series in Merida, Mexico.

The British pair finished on 314.82 points, behind winners Francois Imbeau-Dulac and Jennifer Abel of Canada, who scored 331.53 points.

Daley, 21, who won the men's 10m platform World Series gold in London, will compete in the singles competition later on Sunday.

60 divers from 12 countries are competing in the sixth and final World Series event of the year in Mexico, ahead of the Pan American Games in Toronto in July and the World Championships in Kazan, Russia, which begin on 24 July.