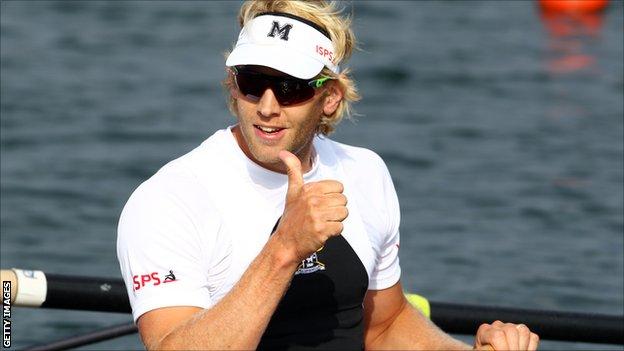 Hodge who won rowing gold in the men's four in August is nominated in the sportsman of the year category along with Lawrence Clarke and Jack Brooks.

And after winning promotion to Blue Square Bet North, Oxford City find themselves among those nominated for team of the year.

"I'm a firm believer that if you work hard then you get the rewards and just to be nominated alongside some fantastic teams is an honour in itself."

"I'm sure whoever win will go away worthy of the trophy," he said.

"This is the biggest season in the club's history and we have worked so hard to get into the Conference North. To stay in the league is my sole objective."