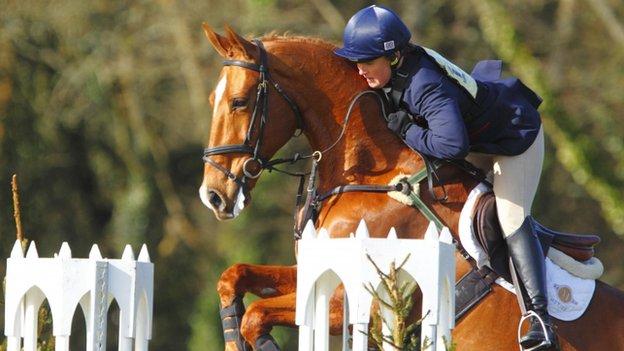 Redesigned and Billy Shannon are out of the selection process, ending Funnell's hopes of securing a place on the five-strong Great Britain team.

"A medal at London would have been the pinnacle of my career," said Funnell, who has won two silver medals and one bronze at previous Olympics.

"Disappointment is part of equine sport. That is why success is sweet."

The 43-year-old former European individual champion added: "I am devastated I will not have a horse for London 2012.

"I also feel so disappointed and upset for my loyal owners and hard-working grooms and other support staff. London was their dream too."

Surrey-based Funnell, who is a former world number one, has won Badminton three times, while she claimed a podium finish at last year's London Test event in Greenwich Park.

She is also the only rider in eventing history to land the Rolex Grand Slam, eventing's biggest prize awarded for claiming consecutive wins at major four-star events at Kentucky, Badminton and Burghley.

William Fox-Pitt, the current world number one, Mary King, Piggy French and Nicola Wilson are expected to fill four of the British places at London.

Funnell would probably have been challenging for a spot alongside the likes of Tina Cook, Oliver Townend, Laura Collett, Lucy Wiegersma and possibly Zara Phillips.

British equestrian performance director Will Connell added: "All within the sport will be saddened to hear this news.

"It is, of course, a setback, but we have other very talented riders with world-class horses who will be seeking to impress the selectors over the coming weeks."