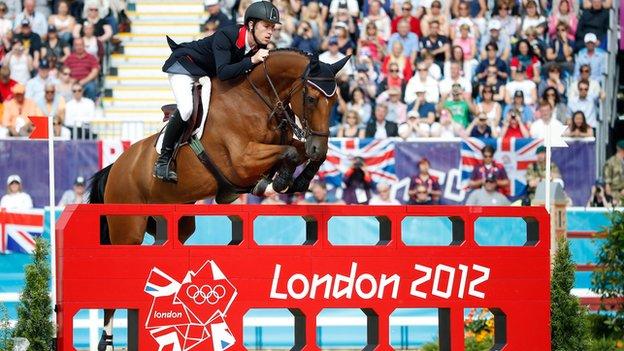 Scotland's Brash finished second aboard Bon Ami in the Christmas Speed Stakes with a time of 52.41 seconds, 0.38secs behind Sweden's Peder Fredricsson.

"You take chances you wouldn't normally take at this show," O'Connor said.

"After the turn to the double I thought 'Did I really do that?' But this place, and the fantastic crowds, make you do that."