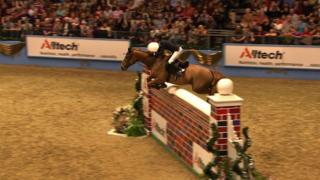 Riding eight-year-old prospect Aristo Z, he triumphed in a 15-horse jump-off despite failing to clear the final wall on the third jump.