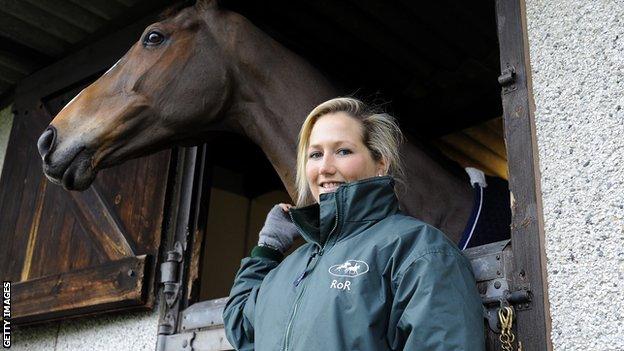 British event rider Laura Collett is set to remain under sedation over the weekend after sustaining lung damage in a fall on Monday.

The 23-year-old was left seriously ill after the incident at the Tweseldown Horse Trials in Hampshire.

"The injury causing most concern is the damage to her lungs," read a statement on her official website.

"It is for this reason that she continues to be sedated... so the lungs can recover."

The statement went on: "This process is likely to continue over the weekend. We can confirm that she had no injuries to her limbs and all tests to her head and brain have been clear.

"When in lighter sedation she is very responsive."

She hopes to compete for Team GB at the 2016 Olympics in Rio.