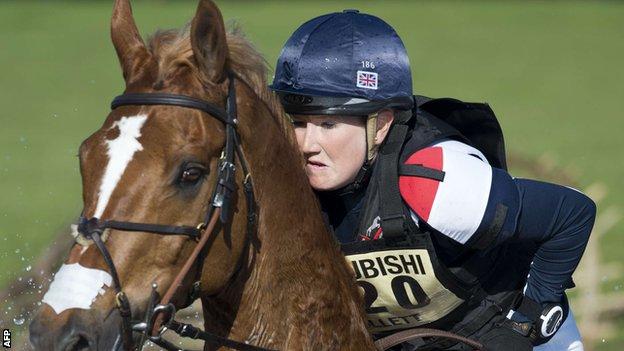 British event rider Laura Collett is set to be released from hospital as she continues to recover from a fall.

The 23-year-old sustained lung damage after falling from the mare Tis A Beauty at the Tweseldown Horse Trials in Hampshire on 8 July.

Tests on her head and brain came back clear but she was initially kept sedated to enable her lungs to recover.

Collett posted on Twitter on Wednesday: "Happy days...I'm being let out of this hospital today."

On Monday she confirmed she had walked for the first time since her accident.

The Wiltshire-based eventer, who has been training Cheltenham Gold Cup winner Kauto Star for dressage following the record-breaking steeplechaser's retirement last year, hopes to compete for Team GB at the 2016 Rio Olympics.