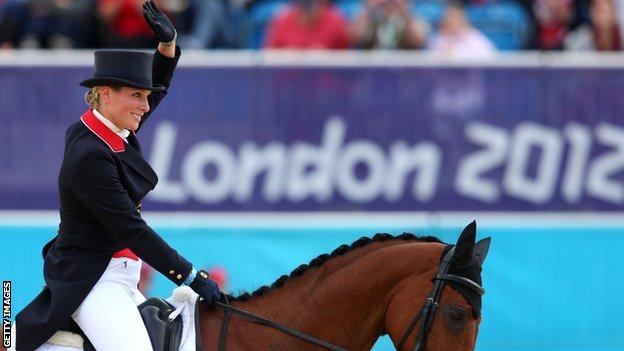 Zara Phillips is expected to return to competitive riding in the World Equestrian Games in August 2014.

"It is excellent news she is planning to return in time for the selection process for the World Equestrian Games," said GB chief Yogi Breisner.

Phillips will miss the European Championships in Sweden in August.

The Queen's granddaughter, could also feature in next year's Badminton Horse Trials.

Breisner added: "Many riders including Zara's mother the Princess Royal have made a successful return after having children.

"There is no reason why Zara should not be able to return right on top of her form."