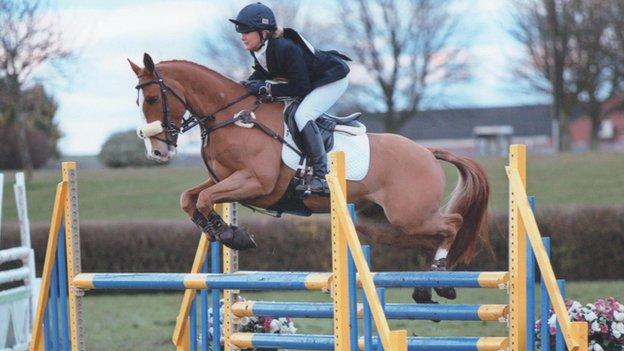 The 16-year-old from the Isle of Man rode her chestnut gelding, Craig Mor Tom, to individual and team gold.

She said: "Winning two gold medals is an amazing feeling. Tom was brilliant throughout the whole competition."

The current British Pony champions overcame a field of 40 to win the title.

Her performance also helped the British team to gold at the FEI European Pony Dressage, Eventing and Jumping Championships.

Ingham completed the opening dressage event in bronze medal position before setting the quickest time over the cross-country course with a clear round.

She then completed the final show jumping stage without any penalty points, to claim the title.