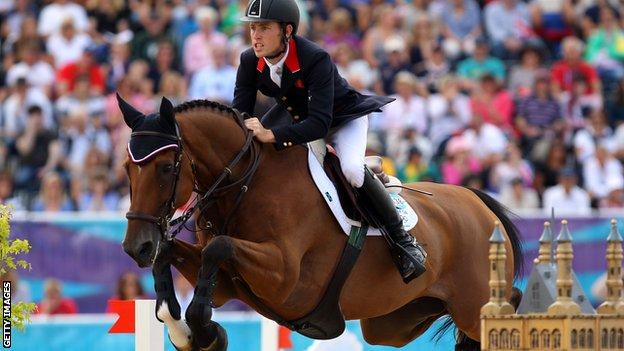 Great Britain had to settle for equal fifth in the Nations Cup event at Hickstead despite having three of their London 2012 gold medallists competing.

Germany enjoyed their seventh Hickstead win in 15 years, leaving Britain seventh in the overall standings with one event left.

The top six qualify for next month's world final in Barcelona.

Team manager Rob Hoekstra said: "In the end, there were too many faults today. We did not perform to our usual standard."

Maher (Tripple X III) posted 21 faults across both rounds and was the discard score each time, with Will Funnell recording five faults and eight faults with Billy Congo.