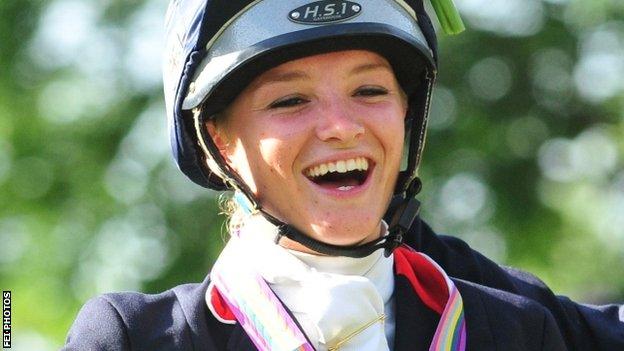 Emily King, the daughter of London 2012 silver medallist Mary, has been picked for the Great Britain squad for next month's Junior European Championships.

The Devon-based 17-year-old will ride at Haras de Jardy in France as Britain defend their team title.

"Emily's a fantastic asset, finishing seventh in her British debut in 2011 and winning individual silver in 2012," said chairman of selectors Ginnie Keen.

King will also compete at the Bicton horse trials this weekend.

Britain will be represented a six-rider team in France, the others selected are Sophie Beaty, Genevieve Clarke, Will Furlong, Imogen Gloag and Anna Wilks.

Keen added: "As ever selection wasn't easy, this year we were especially spoilt for choice from an incredible line-up of young contenders on the 2013 long list.

"I think we have an incredible strength in depth of both new faces as well as more experienced riders on this year's squad."