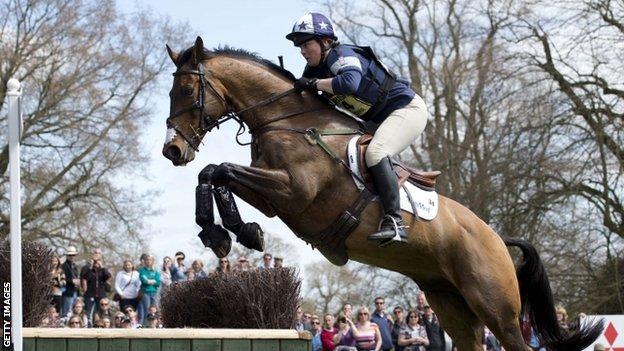 Great Britain's eventers face a tough task to wrest the European team title back from Germany who made an impressive start to their defence on day one of the four-day competition.

Half of the 61 riders competing completed the dressage section, with Germany's Ingrid Klimke and Dirk Schrade currently in first and third.

Britain's Lucy Wiegersma is in fourth place while Pippa Funnell is 10th.

The cross country event is on Saturday with show jumping on Sunday in Malmo.

Great Britain won eight successive European crowns from 1995, with the last coming in 2009 in France.

London 2012 silver medallists William Fox-Pitt and Tina Cook, who were part of that winning team four years ago, open up their campaigns with the dressage on Friday.

"He just got a bit bright and a bit sharp and I couldn't quite ride him as much as I had wanted," said Wiegersma, 36, of her horse Simon Porloe, following her dressage when she picked up 45.2 penalties.

"It really showed up in the halt and rein-back, which was very expensive, but overall he coped pretty well."

Former European individual champion Funnell, back in the British team in a major championship for the first time since the 2004 Olympics, had 47.6 penalties.