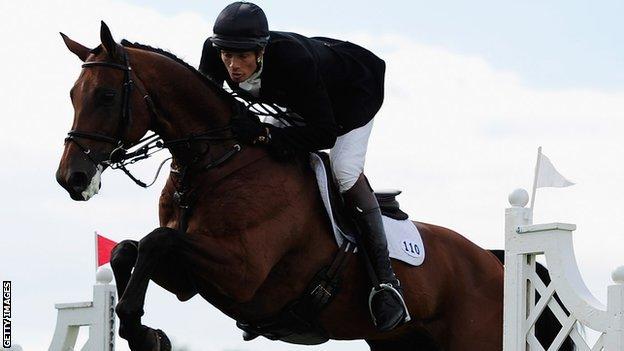 Britain's William Fox-Pitt defied a back complaint to win the Pau international event in southern France.

He held the top three places after Saturday's cross-country and was trying to become the first rider to seal a clean sweep at elite four-star level.

But he held his nerve to land the top prize on Seacookie TSF and also finished third with Cool Mountain.

For Seacookie TSF it was a first four-star success after finishing second at Burghley in 2010 and Kentucky earlier this year, while Cool Mountain helped Fox-Pitt to the 2010 World Equestrian Games silver medal.

Afterwards, Fox-Pitt revealed that he had almost pulled out before the event after hurting his back during the world six and seven-year-old horse championships in Le Lion last weekend.

"I have had this wretched back that has been causing me trouble," the 44-year-old explained.

"On Wednesday, I really wasn't sure that I would be able to ride, but my physiotherapist came out and sorted me out, and thank goodness for that."

Fox-Pitt and Seacookie, the last combination to go, had a fence in hand on French rider Maxime Livio, who jumped a brilliant clear round aboard Cathar de Gamel on his four-star debut, and they prevailed despite having the first element down of a testing triple combination.