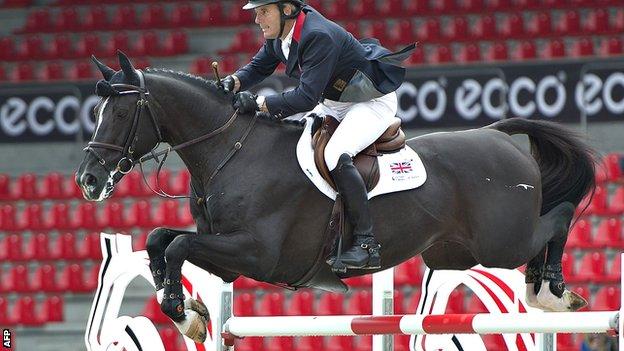 Great Britain has withdrawn from the bidding process to host the World Equestrian Games in 2018.

The British Equestrian Federation wrote to the International Federation for Equestrian Sports and spoke of "considerable regret" at the decision.

It added there was not time to secure funding and identify a host venue by 15 November, the deadline for formal bids.

Bids are set to come from Wellington and Kentucky in the United States and Bromont-Montreal in Canada.

Britain is yet to host the Equestrian Games, which take place every four years and were first staged in 1990.

The seven editions of the event thus far have each been hosted by a different country, most recently the US in 2010, with France the venue for next year's competition.

"While it is of course disappointing that the British Equestrian Federation has decided not to go ahead with a bid for the FEI World Equestrian Games 2018, we still have three strong candidates in the mix from Wellington, Kentucky and Bromont/Montreal," the International Federation for Equestrian Sports secretary general Ingmar De Vos said.

"We look forward to receiving their formal bid applications by 15 November."

Host city candidates will be announced on 2 December.