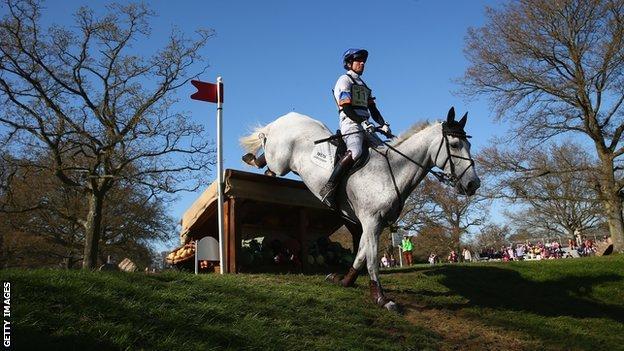 The Sussex-based rider is just 0.2 penalties behind 2010 champion Paul Tapner and his mount Kilronan.

Whittington, a former equine dentist who is ranked 132nd in the world, scored 36.2 which was more than 15 penalties better than their dressage performance last year.

"There was a belief we could do a dressage test in the 30s," he said. "I felt quite relaxed going into the arena, but come Saturday (cross-country day) it is going to be a totally different ball game.

"I have been in a position where I have produced good dressage scores here before, but in the past I have also ended up doing the walk of shame home on the cross-country course."

William Fox-Pitt, who won his third Kentucky title in five years on Bay My Hero last month, trails in 28th place after picking up 53.8 penalties on Cool Mountain.