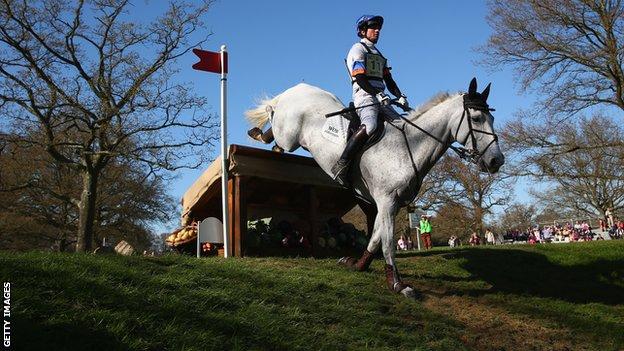 The Sussex-based rider is 0.2 penalties behind the 2010 champion Paul Tapner and his mount Kilronan in second place.

Another British favourite, William Fox-Pitt, is tied for seventh aboard Parklane Hawk.

Montgomery, on 33.3 points after the dressage, would become the first American winner of Badminton since David O'Connor 17 years ago if he triumphs this weekend.

Weather conditions are forecast to be poor on Saturday, and soft going will be a stamina-sapping challenge, especially for the later starters.