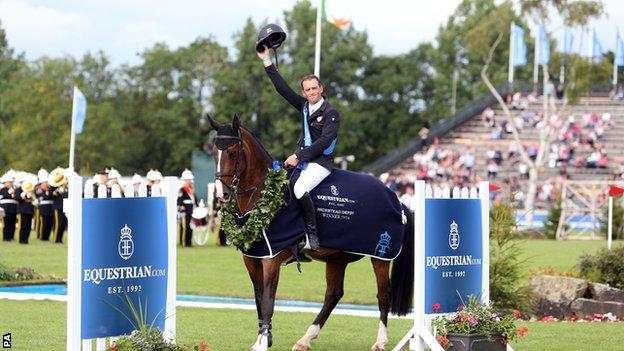 Miller, riding last year's winner Caritiar Z, was seeking to become only the eighth rider since 1961 to retain the Derby crown.

Breen had been doubtful about Adventure De Kannan's future after the horse had surgery but it then recovered to win two classes at the South of England Show in June 2013.

"To come through it all and go out and do that today, he is a true warrior of a horse," said Breen.