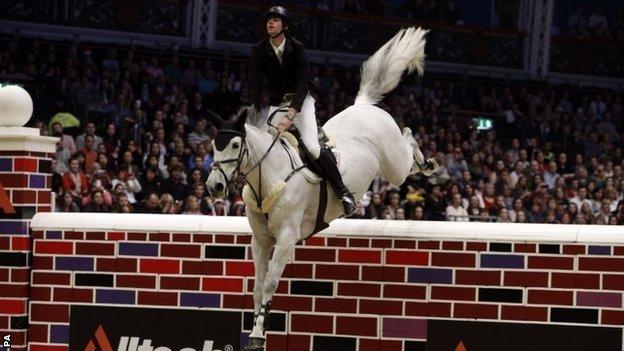 Ireland's David Simpson cleared a height of 2.20m (7ft 3in) on Richi Rich to win the puissance at the London International Horse Show at Olympia.

Simpson beat Karline de Brabander of Belgium, riding Fantomas de Muze, in the fifth round to end the event without picking up a penalty point.

Puissance is a knockout competition in which 12 riders try to jump over a wall which starts at 1.8m (6ft) tall and grows with each round.