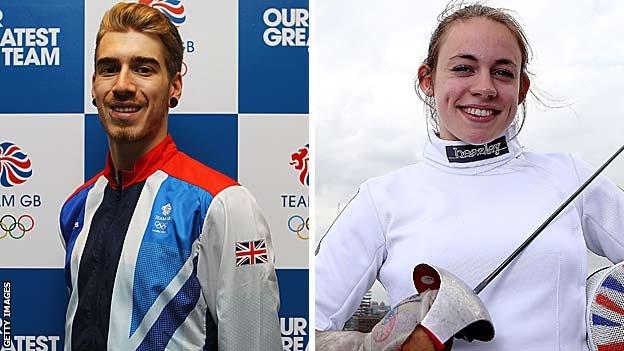 "To win both titles is confirmation our programme is on the right track."

Honeybone, who won 15-14 in the final, was defending the title he won last year, and was ranked number one seed for the knock-out stages after winning all his first-round matches.

"Obviously everyone wants to be national champion, so to retain the title is fantastic," said the 22-year-old.

"I really had to hold my nerve in the final. At 14-12 down I had to have full confidence in my tactics and ability.

"This was the first competition of my season, so I hope to use this as a good platform for success on the World Cup circuit."

Williams, also 22, beat British number one and top seed Joanna Hutchison 15-14 on her way to the final, where she overcame Davies 15-10 to win her first British title.

"It's the first time we've won both titles at national level, so that is a great achievement for the club and shows us we're doing the right thing with our training and preparation," added Salfield.

"But our focus is always on international and European competition so this is also a stepping stone to that level."