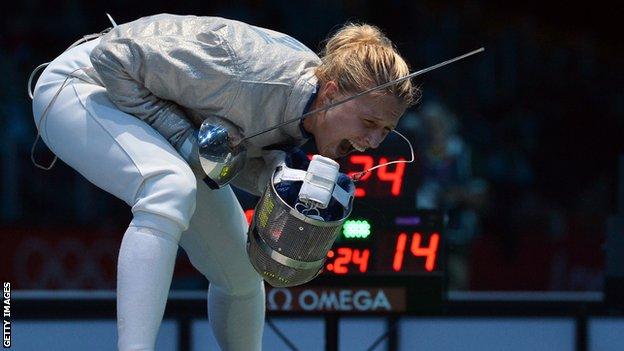 Ukraine's fencing team is to boycott tournaments in Russia in protest at its neighbour's actions in Crimea.

It follows the death of a Ukrainian serviceman on Tuesday at the hands of pro-Russian forces who took control of the peninsula in late February.

"Male and female sabre teams will not take part in competitions in Russia."

The country's fencers will now not attend a World Cup event in Moscow from 21-23 March.

Top-ranked female fencer Olga Kharlan, who won the team sabre gold medal at the Beijing Olympic in 2008, will be the highest profile Ukrainian athlete to boycott the tournament.

Russian President Vladimir Putin signed a treaty in Moscow on Tuesday making Crimea part of Russia again, but said he did not plan to seize any other regions of Ukraine.