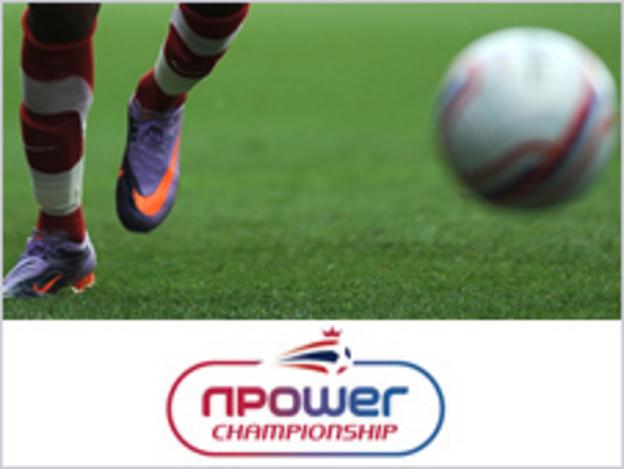 Ipswich, unbeaten in five league games, were dealt an early blow when Lee Martin was dismissed for a late lunge on Kalifa Cisse in the 27th minute.

Ipswich survived a relentless first-half assault from Bristol City, who attacked the visitors with relish.

But Carson's stunning 52nd-minute long-range strike, against the run of play, proved to be the winner.

Bristol City played with a first-half intensity that troubled Ipswich on a number of occasions.

Jamal Campbell-Ryce, Nicky Maynard, Jordan Spence and Jon Stead were held at bay by the remarkable Arran Lee-Barrett in the Ipswich goal.

After Martin's dismissal, Ipswich were forced to survive a 10-minute barrage as Spence produced a dipping shot that flashed over the crossbar before Marvin Elliott's pinpoint header was plucked from the air by Lee-Barrett.

However, Ipswich, revitalised after the break, scored a stunning winner through Carson's perfectly executed low drive.

A head injury to Grant Leadbitter midway through the second half, which came after an aerial collision with Damion Stewart, resulted in the Ipswich midfielder being carried off after a 10-minute delay.

Stead then went close for the Robins but a string of good saves from Lee-Barrett ensured Ipswich held on.