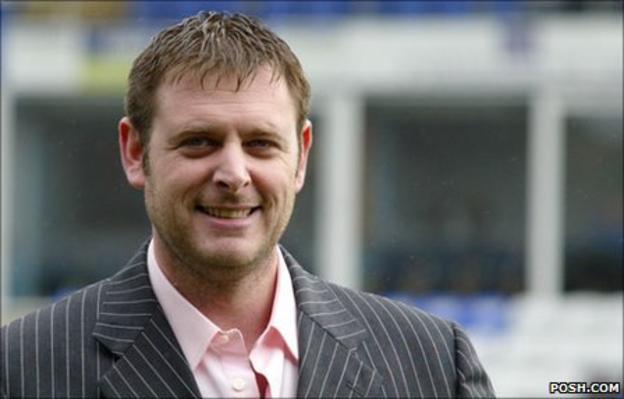 Posh have not featured in the play-offs since winning promotion from the old Third Division in 2000.

"Only the big man upstairs knows what will happen."

Posh will face either Milton Keynes Dons or AFC Bournemouth for a place in the play-off final at Old Trafford, depending on the final day's results.

While MacAnthony is concerned injuries or refereeing decisions could prove decisive, he claims to have no preference regarding which opponents they will play.

"I don't think it matters which sides are in the play-offs, as we've seen over the years how the likes of Doncaster can do Leeds, or Blackpool beat Cardiff," he said.

"We've got a lot of players who owe me and the fans for what happened last year, so we'll have to see how it goes."

MacAnthony's desire for an immediate return to the Championship saw Gary Johnson leave the club in January.

Darren Ferguson returned to the helm to such good effect that for a period automatic promotion looked a realistic possibility.

"We've got a new improved Darren Ferguson from the experiences that he's been through since he left us.

"We haven't had a single ruck since he's been back, so maybe I'm mellowing with age or he's learning."

However MacAnthony is confident the club will be able to rebuild should the worst happen.

"We're all worried about losing the big three or four players if we don't go up, but that's a little disrespectful to the rest of our squad," he said.

"We've got the likes of Lee Tomlin and Ryan Bennett and we'll go out and sign fresh talent in the summer."