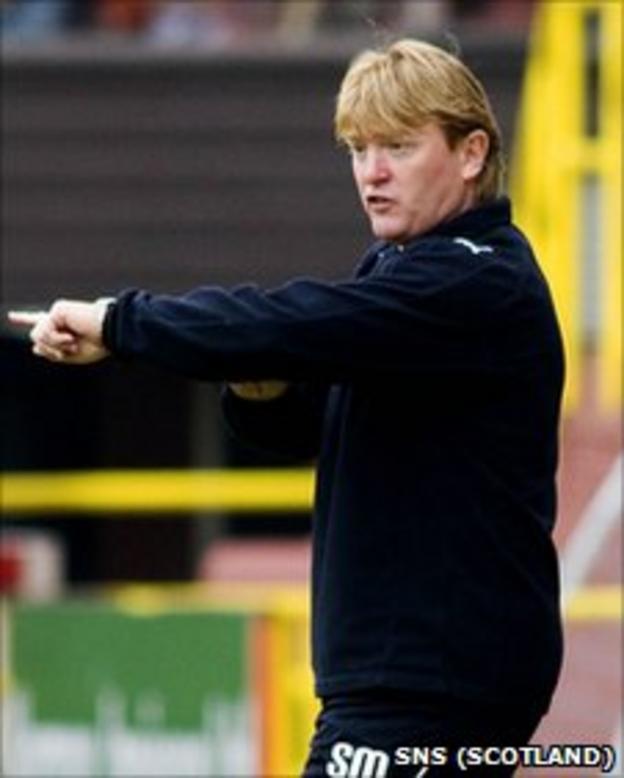 Stuart McCall conceded some of his players may have one eye on the Scottish Cup final after the 4-0 loss at Dundee United.

"There looked to be one or two today with that kind of mindset," McCall told BBC Scotland.

"But that's no good to me because, injured or not, they might not make the cup final side.

"But if somebody said to me we'd lose the next two games but win the cup final - I'd take it."

Jon Daly notched a hat-trick for United, and Andis Shala added a late fourth at Tannadice.

"I looked today, and sometimes even I was hoping we'd come through with no injuries," said McCall.

"It could be the only time in their careers they get to play in the Scottish Cup final, so in a way you might understand that mindset a bit of not wanting to get injured - if that is the case."

With another heavy defeat coming soon after the 5-0 reverse to Rangers last weekend McCall was unhappy with his team's defensive performance.

"We should do better with our defending, and we should be concerned about the way we conceded the goals today," said the Steelmen boss.

"I'm not taking anything away from Dundee United today, but not one of their goals was a good goal - it was all through poor defending.

"It's concerning, the defensive side of our game in the last few weeks."

McCall believes that the final against Celtic approaching makes it even more important to get some good displays under their belts.

"We have to do a lot better. We've got a game against Kilmarnock on Wednesday night and we need a victory.

"We need to get a good performance and a good result and focus on that.

"The bottom line is that when we go into that final we've got to be at our best, and I know momentum will carry a lot into it."