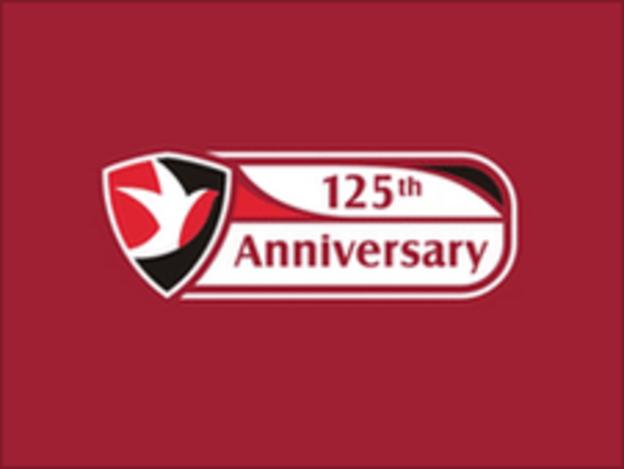 Cheltenham Town are to play in a ruby coloured home kit next season to mark their 125th anniversary.

The Robins normally play in red and white vertical stripes.

"We've only recently discovered next season will be our 125th, we thought we were some way off that," chairman Paul Baker told BBC Radio Gloucester.

"We were originally nicknamed 'the Rubies' so it is a case of us going back to our roots. I think it's quite a unique strip."

Baker continued: "Our anniversary coincides with Arsenal's so we're in good company there.