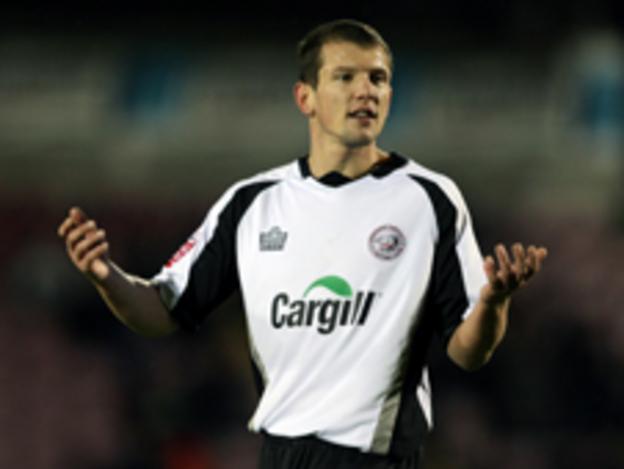 Valentine, 28, has made more than 300 league appearances during a career which has seen him play for Darlington and Wrexham.

"Ryan had offers elsewhere around the country but he wanted to stay local."

Sinton added: "He's keen to get back into the Football League and he wants to do that with us."