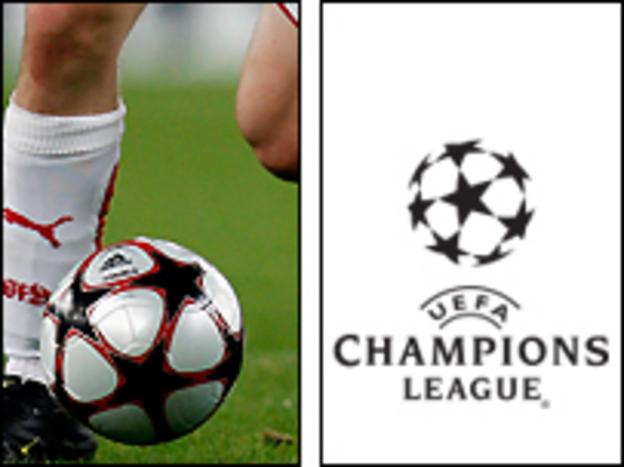 Goals in each half from Finland striker Berat Sadik and a late Sebastian Sorsa strike saw Bangor City lose on their Champions League debut.

Sadik opened the scoring on 14 minutes before doubling his side's advantage 10 minutes into the second half.

Substitute Sorsa secured victory for the Finnish champions at Rhyl's Belle Vue with a minute remaining.

Bangor dominated possession in the second half and Craig Garside should have scored late on.

It was tough on Neville Powell's side, who gave a spirited display against a Helsinki side that contained five Finland internationals.

Former Ajax, Barcelona and Liverpool player Jari Litmanen was not one of them, as the veteran playmaker stayed at home to continue his recovery from knee surgery.

The Welsh champions made a promising start in the second qualifying tie and were true to Powell's promise of enterprise rather than caution.

But it was the Finnish side who took an early lead with Savic capitalising on poor defending following a long ball to score inside the six yard box.

Helsinki could have doubled their lead 10 minutes later when goalkeeper Lee Idzi was forced to tip over Mathias Lindstrom's downward header from a corner.

The Citizens continued to press and although Hoy's free-kick came to nothing a few minutes later, Nicky Ward forced a save from Wallen after good work from Alan Bull.

Garside and Chris Roberts also missed the target for Bangor before the home side forced a corner with four minutes of the half remaining.

Under pressure, Wallen's weak punch created panic in Helsinki's defence but the home side could not capitalise and the danger disappeared.

Bangor started the second half brightly but as they continued to press, Helsinki caught them with a sucker punch to double their advantage on 55 minutes.

The Welsh side lost possession from a throw-in and Finland striker Sadik completed a fine counter-attacking move by scoring his second goal of the evening.

Les Davies went close before Dave Morley's header was well saved, and Garside then wasted a glorious chance as he fired over the crossbar from six yards with six minutes remaining.

The visitors added a third they barely deserved with a minute of normal time remaining when substitute Sorsa capitalised on a loose ball, leaving Bangor with mountain to climb in next Tuesday's second leg.