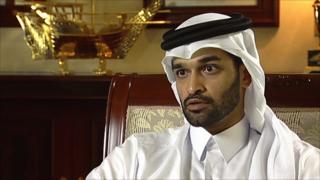 Al Thawadi vigorously defends the Gulf state's right to host the tournament, denying accusations of bribery, and says people are "prejudiced" against his country.

Fifa's decision to award Qatar the World Cup has been mired by allegations of corruption.