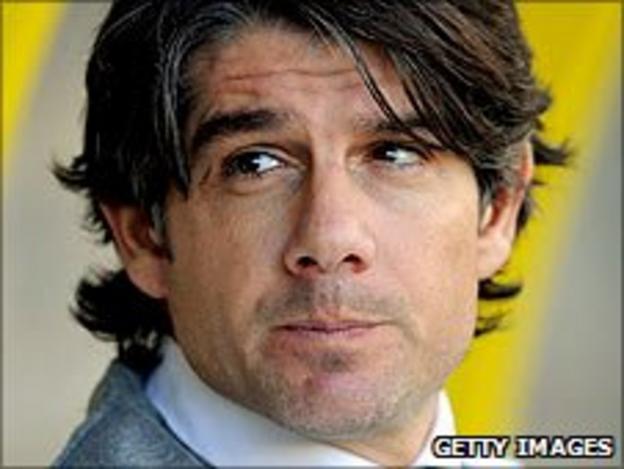 Shaun Harrad left in January, Richard Walker has also moved on and the Brewers have not signed replacements.

Peschisolido told BBC Radio Derby: "I am still after a striker and am talking to a few. I want things done last week, believe me, but it is taking longer.

"Hopefully we'll have something soon but I've been saying that since the end of last season. It's dragging on."