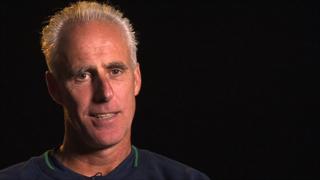 McCarthy talks about saving Wolves from relegation on the final day of the 2010-11 season and his hopes for the club's third consecutive season in the Premier League.

The former Republic of Ireland manager also talks about the new signings he's made in the summer and his relationship with Wolves chairman Steve Morgan.