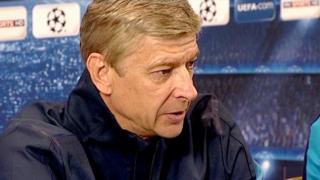 Arsenal will go on without Fabregas - Wenger

Arsenal manager Arsene Wenger admits it is "sad" to lose a "world class player" as Cesc Fabregas completes his move to Barcelona, while he says the club are "not frightened to spend money".

The Frenchman adds the Spaniard didn't move for financial reasons, but because "he was desperate to play for his hometown club", while he calls for a "united front" from all connected with the club.

Wenger was speaking ahead of his side's Champions League Qualifier first leg against Udinese on Tuesday night.