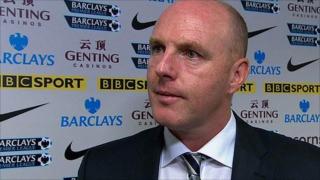 Blackburn Rovers manager Steve Kean hopes to get some of his injured players back and bolster his squad of young players before the end of the transfer window, after a 3-1 defeat by Aston Villa.

Despite their second loss of the season Kean thinks his side performed well, especially after pulling a goal back in the second half.