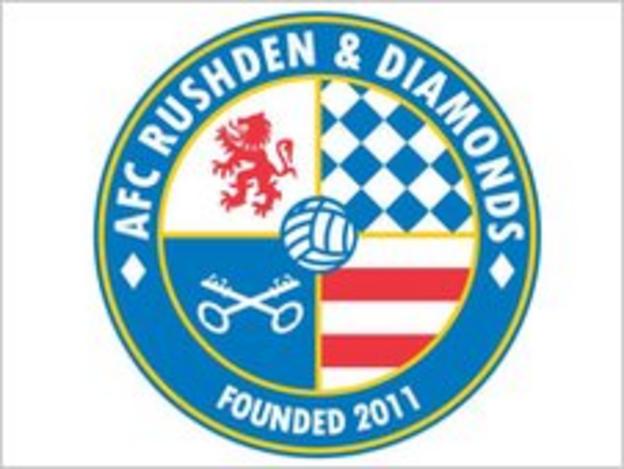 The acting chairman of AFC Rushden & Diamonds says he is proud of their work in forming the club.

The phoenix side play their first Northants Senior Youth League match against Daventry on Thursday 25 August.

Ralph Burditt told BBC Radio Northampton: "The most important thing isn't what happens on the field, but the community having a focus.

"But I will definitely have a lump in my throat. It's been a huge amount of hard work."

The club was formed during the decline of the professional side, which entered administration in July.

As an under 18 team for the 2011/12 season, AFC Rushden & Diamonds are managed by the former coach of the professional side's youth team, Mark Starmer.

Earlier this month, a memorial match was held for Diamonds goalkeeper Dale Roberts, who passed away in December. In the region of £3,000 was raised for The Dale Roberts Memorial fund.

"It's very important to people in the area to have a community football club," said Burditt.

"It's a focus for socialising and a focus for good initiatives like fundraising for charity .

"People want a team to support that represents the area. By associating with the name Rushden & Diamonds, it comes with a lot of good memories of past successes.

"I'd like to think there will be future successes to go with those."