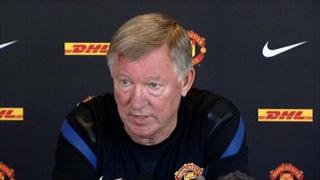 Sir Alex Ferguson says he hopes the Football Association realises how important Manchester United are to English football, saying no other club has produced more home-grown talent than his side.

The United manager is pleased with his "outstanding" young players including Danny Welbeck and Tom Cleverley, who are expected to receive call-ups to the England squad for next month's Euro 2012 qualifiers against Bulgaria and Wales.

Ferguson adds that his side are relishing the visit of Arsenal this weekend and says the fixture will be a "significant match."