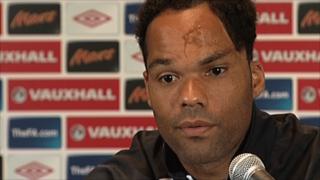 England defender Joleon Lescott insists the squad are in full support of manager Fabio Capello, saying the players want to do well at next year's European Championships for him.

Capello will leave his post as England boss after Euro 2012 next summer and Lescott says he is grateful to the Italian for including him in the squad for the qualifying matches.

The Manchester City defender adds that Owen Hargreaves will be a positive signing for the club after hearing that the Manchester United midfielder is being linked with a move to Eastlands.

Premier League: Man City ahead and on course to go top, Arsenal equalise