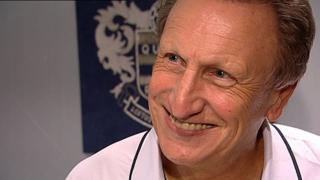 QPR manager Neil Warnock declares himself "delighted" with his deadline day captures, despite Craig Bellamy's decision to return to Liverpool rather than move to west London.

Warnock pays tribute to the support of new chairman Tony Fernandes, and feels that players like Shaun Wright-Phillips, Joey Barton and Luke Young will drive the club forward.