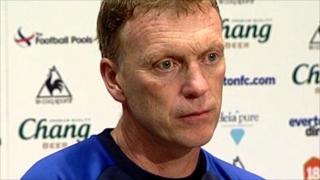 Moyes also hopes fans will get behind the club during Saturday's match against Aston Villa after fans' group The Blue Union said they will hold a "peaceful protest march" over the lack of investment into the club.