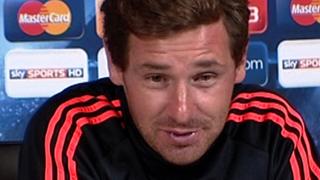 Chelsea manager Andre Villas-Boas says the club will conduct "in-depth" investigations into comments made by striker Fernando Torres during an interview with a Spanish website.

Torres, 27, spoke to the website of Spain's Primera Liga last week, with a translation appearing on his personal website which quoted him as saying Chelsea's older players were "very slow."

The striker has insisted he was misquoted in the English translation.