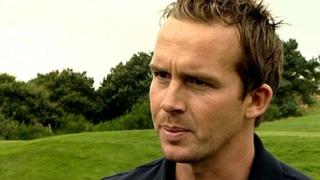 Bolton captain Kevin Davies explains the call he made to Tom Cleverley was the "respectful thing to do for a fellow professional" after his challenge injured the Manchester United midfielder.

A scan has revealed ligament damage that will keep the 22-year-old midfielder out of action for four weeks meaning he will miss England's final Euro 2012 qualifier against Montenegro.

The 34-year-old striker was not cautioned for the foul but picked up his 100th Premier League booking later in the match for a separate incident.