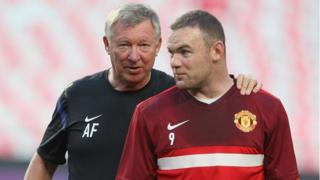 The United manager takes his team to Benfica for their Champions League opener with Rooney back to his best form for club and country.

Ferguson also discusses his side's improved consistency in Europe, where they have been finalists in three of the last four seasons, and discusses the threat of Benfica's own stars.